The public demands the release of Irina Danilovich, who disappeared in Crimea 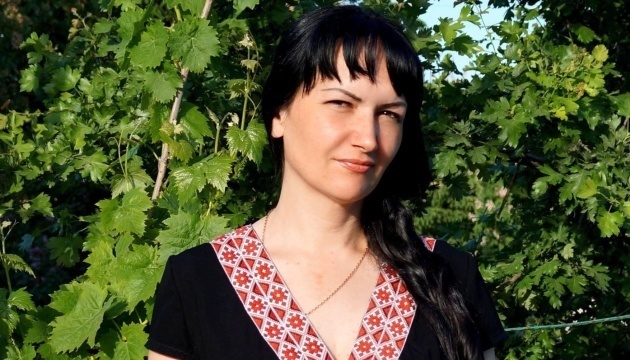 The text of the appeal is published on the website of one of the signatories – Center for Human Rights ZMINAreports Ukrinform.

In particular, the document calls on the international community to:

demand from the Russian Federation to urgently locate and release Irina Danilovich and all other victims of enforced disappearances in the temporarily occupied territories of Ukraine, including the Autonomous Republic of Crimea and Sevastopol;

assist the government of Ukraine in finding and investigating cases of enforced disappearances in the occupied territories;

provide comprehensive support to victims of enforced disappearances, their relatives, as well as victims of other gross violations of human rights, war crimes and crimes against humanity in the occupied territories of Ukraine;

continue monitoring and documenting human rights violations, war crimes and crimes against humanity in occupied Crimea and include their regular reports on the human rights situation in Ukraine.

The signatories, including such organizations as CrimeaSOS, the Regional Center for Human Rights, the House of Human Rights “Crimea”, the Human Rights Center ZMINA, the Center for Civil Liberties, the Institute of Mass Media, the Ukrainian Independent Center for Political Studies and others, also appealed to the governments of foreign states with the request:

increase diplomatic, sanctions and other pressure on the Russian Federation to accelerate the de-occupation of Crimea, Donbass and all other territories of Ukraine;

impose personal sanctions against Russian officials and employees of the occupation administration involved in enforced disappearances and other gross violations of human rights in all occupied territories of Ukraine;

provide comprehensive support to the victims of enforced disappearances, their families, as well as victims of other gross violations of human rights, war crimes and crimes against humanity in all occupied territories of Ukraine;

use the mechanism of universal jurisdiction to prosecute persons involved in enforced disappearances, torture, war crimes and crimes against humanity in all occupied territories of Ukraine.

As Ukrinform reported, on April 29, 2022, activist and citizen journalist Irina Danilovich disappeared in the occupied Crimea when she was returning home from work. On the same day, Irina’s house in the village of Vladislavovka near Feodosia, where she lived with her parents, was searched by Russian security forces, as a result of which her phone and equipment were seized.

Representatives of the occupying authorities showed the decision to conduct a search, but they did not give a copy of the document to the parents. In addition, the security forces did not report her whereabouts, saying that she was allegedly arrested for 10 days for passing some “unclassified information” to some public organization. As of May 7, on the ninth day after the disappearance, it is not known where and in what status Danilovich is.

Occupation law enforcement agencies do not take effective measures to find a public journalist. The father and the lawyer filed an application with several authorities in Crimea regarding the kidnapping, but received no response. In addition, information appeared that there was a video recording of the moment of the kidnapping of a public journalist, but Russian law enforcement agencies for a long time refused to attach it to the case file and provide the father with a copy of it.

See also: In CrimeaSOS created a register of judges who pass sentences on Crimean political prisoners

The kidnapping of Danilovic has signs of enforced disappearance in accordance with the International Convention for the Protection of All Persons from Enforced Disappearance.

In Odessa, missiles attacked a civilian enterprise and an airfield

In Odessa, missiles attacked a civilian enterprise and an airfield