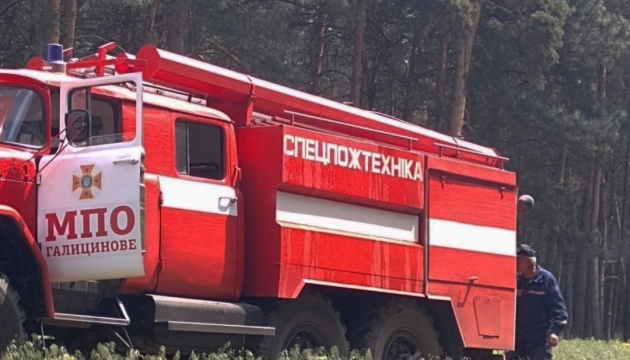 The Nikolaev rescuers over the past day liquidated three fires caused by enemy shelling of the Ship area of ​​Nikolaev.

About this in Facebook The Main Directorate of the State Emergency Service in the Mykolaiv region reports, Ukrinform reports.

“During the day, firefighters extinguished 4 fires, three of them broke out as a result of ammunition and their debris during enemy shelling of the Ship District of Nikolaev,” the report says.

It is noted that firefighters and employees of the Nikolaev forestry were twice involved in the elimination of coniferous flooring on the territory of the Balabanovskiy forest tract. Together, the fire was extinguished on an area of ​​7.95 hectares, preventing the fire from spreading to the tops of the trees. In both cases, enemy shelling led to a fire.

In addition, firefighters extinguished a fire in a warehouse with spare parts and cars that they planned to dismantle on a private area of ​​​​100 square meters. m.

Also, a group of pyrotechnic works worked out an appeal to 81 addresses and seized 10 ammunition. A total of 1,783 munitions have been seized since the start of the war and 2,970 calls have been responded to. A total of 2,970 messages were registered.

Bayer unveiled their price for Mudrik