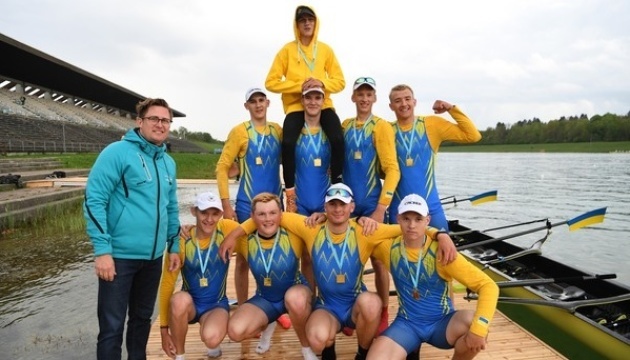 The crew of the Ukrainian G8 became the winner of the international junior regatta held in Munich (Germany).

On the second day of the regatta, Ukrainians won silver medals.

The next start for domestic representatives of rowing will be the European Junior Championship, which will be held on May 21-22 in the city of Varese (Italy).

Strawberries are rapidly getting cheaper in Ukraine – analysts

Kalinina failed to break into the third round of Roland Garros

Strawberries are rapidly getting cheaper in Ukraine - analysts

The Cabinet of Ministers made changes in the leadership of Ukrazaliznytsia