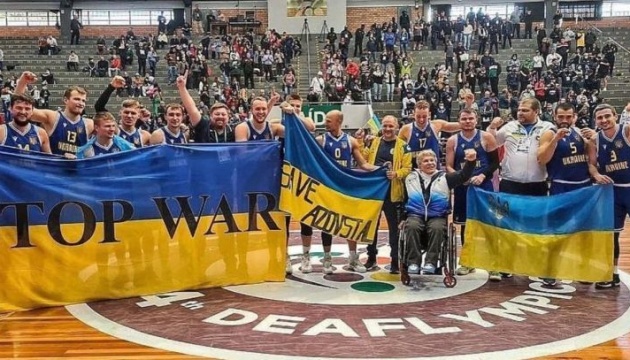 Basketball players of the Ukrainian national team became the winners of the XXIV Deaflympics in Caxias do Sul, Brazil.

In the final, the Blue-Yellows defeated the US team with a score of 91:66, Ukrinform reports.

During the tournament, the Ukrainians won all eight matches in Brazil, inflicting the only defeat on the Americans.

Ukrainian deaflympians lead the overall medal standings of the competition, which will end on May 15.

The enemy is trying to install air defense systems on Serpentine

In the Lviv region, rockets hit a military infrastructure facility

Britain wants to arm Moldova according to NATO standards