Biden’s signature pen, with which he signed the Lend-Lease for Ukraine, will be sold at a charity auction

The state concern Ukroboronprom will put up a personalized pen of US President Joseph Biden for a charity auction.

According to Ukrinform, Ukroboronprom reports this to Telegrams.

“Ukroboronprom, together with Prozorro.Sales, announces a charity auction for the sale of a personalized pen of US President Joe Biden,” the message says.

With a similar pen, on May 9, Biden signed the law on lend-lease and the protection of democracy in Ukraine. 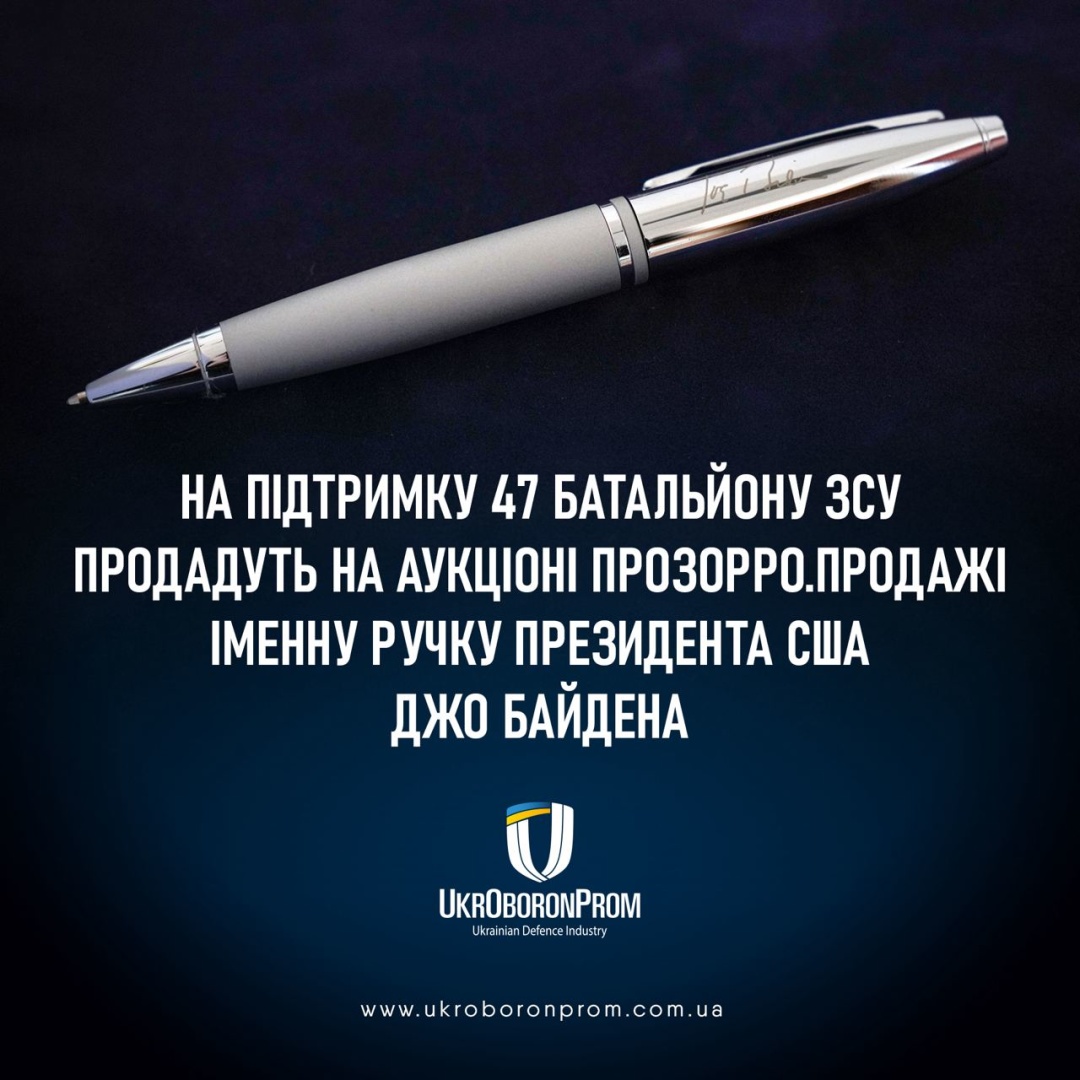 The pen for the auction was provided by the General Director of Ukroboronprom Yuriy Gusev. He received it as a gift from Biden during his visit to Ukraine as Vice President of the United States in 2017.

The proceeds will be used to support the new 47th separate battalion of the Armed Forces of Ukraine.

The battalion is sent to the Donetsk and Luhansk directions in two weeks. Funds are needed for pickups, equipment and equipment for fighters. Chief Sergeant Valery Markus will inform about the funds spent for the needs of the battalion.

As Ukrinform reported, on May 6, at an auction held by the Christie’s auction house in London, a khaki fleece jacket of President of Ukraine Volodymyr Zelensky was sold for 90,000 pounds.

Ukraine will hold the last sparring before Scotland in Brussels – media

Attempts to storm the Lugansk region, an alarming night in Kharkov and shelling of the Mykolaiv region – OVA summary

Before full accession to the EU, Ukraine needs to win and rebuild – Stefanyshina