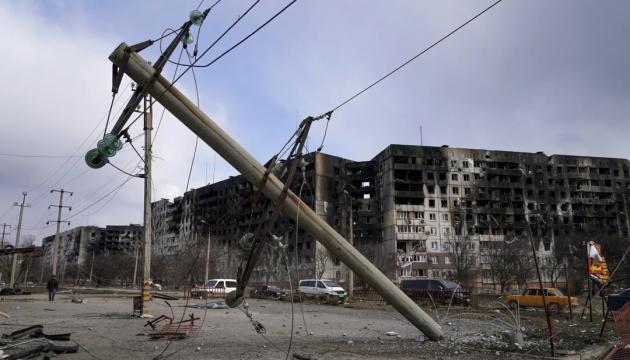 In Mariupol, the Russian invaders canceled the summer holidays at schools in order to “prepare” the children for the Russian curriculum.

This was reported in Telegrams Advisor to the Mayor of Mariupol Petro Andryushchenko, Ukrinform reports.

“The occupiers announced the extension of the school year until September 1. That is, without holidays. The main goal is de-Ukrainization and preparation for the school year according to the Russian program. Children will be taught Russian language and literature, Russian history and mathematics all summer long Russian,” Andryushchenko said.

According to him, the Russian invaders are planning to open 9 schools. However, only 53 teachers have been found and convinced so far. “Six teachers per school is a vivid illustration of Russian education in Mariupol during the occupation,” the mayor’s adviser said.

As Ukrinform reported, the Russian military in the occupied territories is seizing textbooks of Ukrainian history and literature from libraries.

Oh, the brave new DDoS. Who is coordinating cyberattacks on Russia

In the Kyiv region, a local resident was blown up by a Russian mine

Zelensky discussed European integration with Rutte: Ukraine counts on the support of the Netherlands