Murderers of journalists will be sought and prosecuted – Zelensky 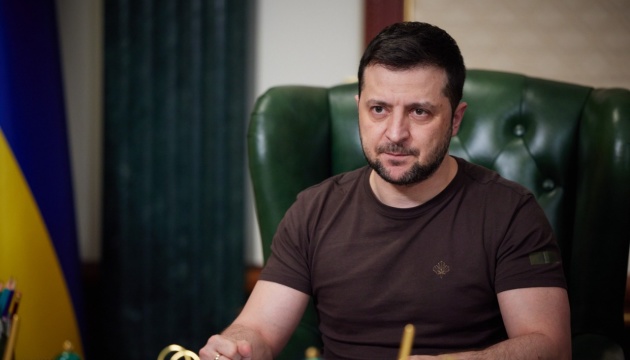 President of Ukraine Volodymyr Zelensky said that the killers of journalists will be sought and brought to justice.

He said this in an interview with reporters, an Ukrinform correspondent reports.

“We will find the killers as much as possible and bring them to justice,” the head of state said.

He noted that the war has different stages, and in certain of them the media play one of the key roles.

“They (people in the world – ed.) do not see our military, but abroad they definitely hear journalists. Colleagues support, spread the whole truth,” the head of state said.

See also: Journalists should show our fighters in the east – Zelensky

At the same time, answering the question about the advisability of creating a tribunal where mass media representatives would be judged for the murders, the President noted that he did not know whether such a practice exists in the world, and whether many tribunals are needed, especially since there are not so many specialists in this matter. a lot of.

As reported, since the full-scale invasion of the Russian Federation in Ukraine, 32 journalists have died.

Ukraine not ready to consider grain export through Belarus – Zelensky

More than 10,000 civilians may be in mass graves near Mariupol – Azov