Over the past day, as a result of shelling by the Russian invaders, two civilians in the Donetsk region were killed, and seven more were injured.

About this in Telegrams Head of the Donetsk Regional Military Administration Pavlo Kirilenko said, Ukrinform reports.

“On June 10, the Russians killed 2 civilians of Donbass: in Konstantinovka and Gornyak. Another 7 people were injured,” the head of the region wrote.

In addition, in Bakhmut, medical assistance was provided to one person who was wounded in the Luhansk region. 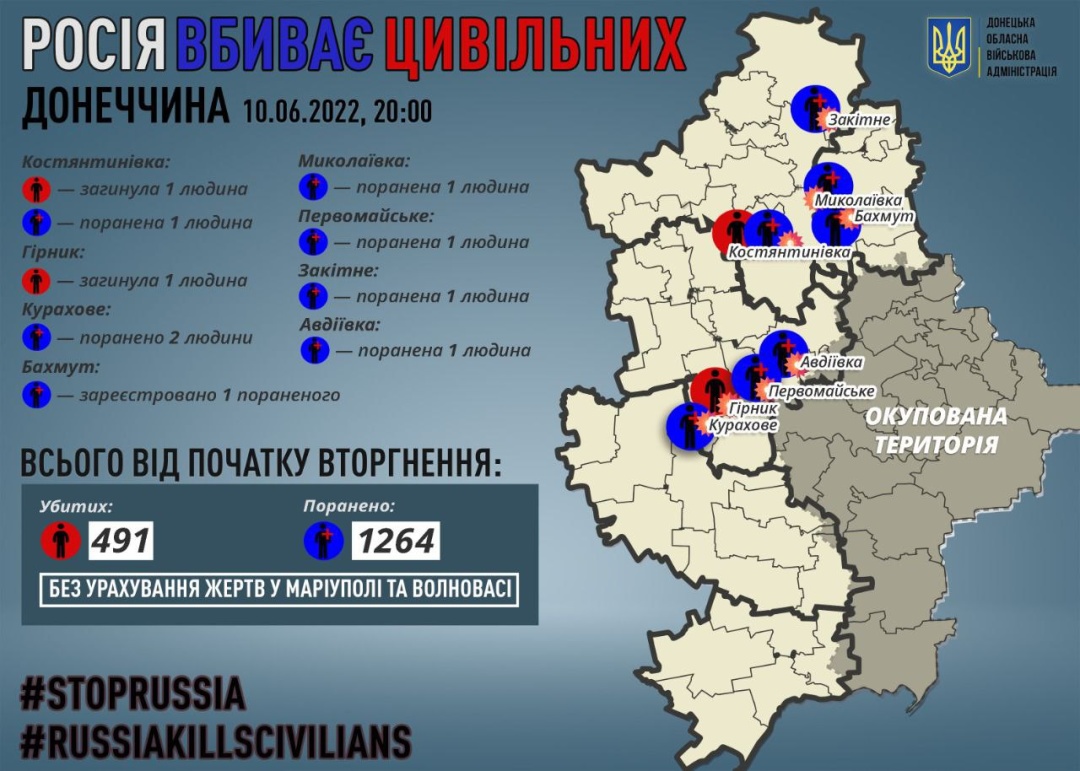 Kirilenko once again noted that it is not yet possible to establish the exact number of victims in Mariupol and Volnovakha.

Read also: Shelling of Donbass: three civilians were killed in a day

As reported, Pavel Kirilenko said that in the Donetsk region there would be no ban on the evacuation of civilians from Slavyansk and Bakhmut. The information that evacuation would be banned in the event of an escalation of hostilities is a lie of Russian propaganda.

President: It is impossible to build the future of Ukraine without youth

In Zaporozhye, the Russians put their military, who refuse to fight

In Odessa, a shopping center caught fire due to shelling – media