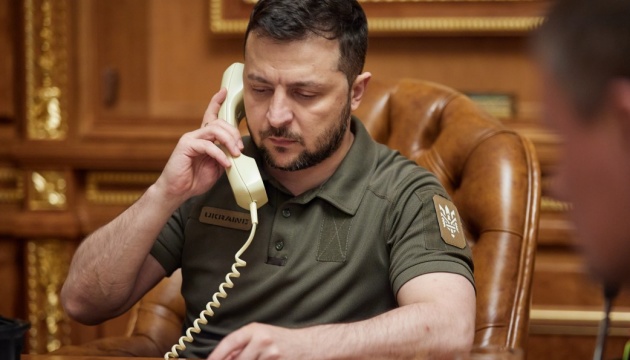 The Republic of Cyprus is ready to support the acquisition of the status of a candidate for membership in the European Union by Ukraine.

President of Ukraine Volodymyr Zelenskyy announced this in his Twitter according to the results of a conversation with the head of Cyprus Nikos Anastasiadis, Ukrinform reports.

“During a telephone conversation with President Nikos Anastasiadis, he thanked for the readiness of the Republic of Cyprus to support Ukraine’s acquisition of the status of a candidate for EU membership. We discussed the participation of Cyprus in the upcoming restoration of Ukraine,” Zelensky said.

See also: Ukraine has proved that it deserves the status of an EU candidate – Ursula von der Leyen

As reported, on June 17, the European Commission recommended that the European Council confirm Ukraine’s prospect of becoming a member of the EU and grant it candidate status.

Representatives of the European Council will hold a discussion on granting Ukraine the status of an EU candidate country at a meeting on June 23-24.

At 12.00 – a briefing on Kazakhstan and its foreign policy

At 12.00 - a briefing on Kazakhstan and its foreign policy

The Ukrainian Armed Forces have already destroyed about 31,150 Russian military

The head of the Ukrainian Institute proposes not to delete Russia from world culture, but to move it aside