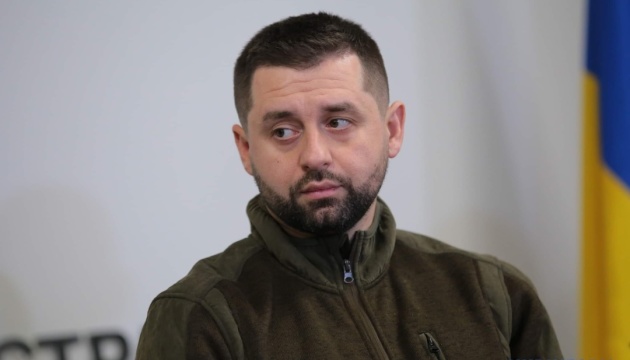 The evidence in the case of the intelligence network of the Main Intelligence Directorate of the General Staff of the Russian Federation, which included People’s Deputy Andrei Derkach, should become the basis of the toughest anti-Russian sanctions.

David Arakhamia, chairman of the faction of the Servant of the People party in the Verkhovna Rada, stressed this in Telegramsaccording to Ukrinform.

“The exposure by the Security Service of Ukraine of the intelligence network of the group of the Russian Federation, which included the People’s Deputy Derkach, made it possible to obtain evidence that should form the basis of the toughest sanctions,” the politician said.

According to Arakhamiya, the SBU found that millions of dollars were provided for the creation of private security firms under the supervision of Russian intelligence officers.

“These facts confirm not only the fact that Russia is a sponsor of terrorism, but also the fact that Russian intelligence does not use its useless rubles, but US dollars to finance crimes. That is, it turns the achievements of the civilized world into a weapon for terrorists,” he said. Arachamia.

See also: the Russians failed to create an effective agent network in the Kherson region

According to him, in this regard, Russia should be completely cut off from the opportunity to receive, store, transfer dollars, euros or other freely convertible currency. “After all, for them it is a tool for financing crimes, and not a way to develop the economy, create benefits and share them with humanity,” the people’s deputy said.

As Ukrinform reported, the Security Service of Ukraine exposed the intelligence network of the Main Intelligence Directorate of the General Staff of the Russian Federation, which included MP Andriy Derkach. According to the investigation, Derkach oversaw the creation of a number of private security companies in different areas in order to use these structures to quickly seize Ukraine. A pre-trial investigation has been launched against the deputy.

In the Kharkiv region, the mayor convicted of encroaching on the integrity of Ukraine returned to work

Explosions were heard in Kharkiv: be careful

At night, the enemy shelled five of the nine districts of Kharkiv: details

the Russians shelled five of the nine districts of Kharkiv

Blackmail and extortion. Why do hackers need data on the diseases of Russians – Gazeta.ru

President: Russians realize that we are gradually becoming stronger