French Ambassador on European integration: a long way, but Ukraine will become a full member of the EU 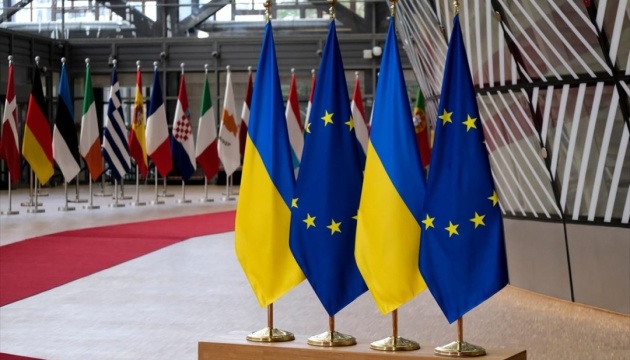 French Ambassador Etienne de Ponsin believes that Ukraine’s path to the European Union will be long and sometimes painful, but in the end, thanks to the implementation of reforms, a completely new country will join the European community.

The diplomat expressed this opinion on Friday during an online discussion of the Kyiv Security Forum dedicated to the restoration of Ukraine, an Ukrinform correspondent reports.

The Ambassador noted that yesterday’s decision to grant Ukraine the status of a candidate member of the EU was the first serious step on this path.

“This, of course, will depend on Ukraine, but this path will be long and sometimes painful, there may be some disappointments, everything will not happen as quickly as you want, but in the end Ukraine will become a full member of the family of EU member states. “, – said de Poncin.

See also: Sibiga on EU membership criteria: More than 70 laws need to be passed in the short term

He noted that in France they watched how other countries, in particular Poland, Slovakia, the Czech Republic, joined the EU, and saw that if they try, then they succeed.

See also: Ukraine prepares to vote more than 30 European integration bills by the end of the year – Stefanyshina

In this sense, he drew attention to the importance of the rule of law and judicial reform.

“It is very important to carry out judicial reform properly. I am sure that then Ukraine, which will eventually join the European Union, will be completely new,” the diplomat emphasized.

See also: From this day on, the process of Ukraine’s integration into the EU has become irreversible – Shmygal

As reported, the heads of state and government of the European Union on Thursday decided to grant Ukraine the status of a candidate country for joining the EU.

Russia is blackmailing the world with food catastrophe – JRC

With Tsygankov and Sirota: the starting lineups of the teams for the match “Sturm” – “Dynamo” became known