Kharkiv region: more than 100 people killed by the Russian Federation have already been killed in the Dergachev community since the beginning of the shelling 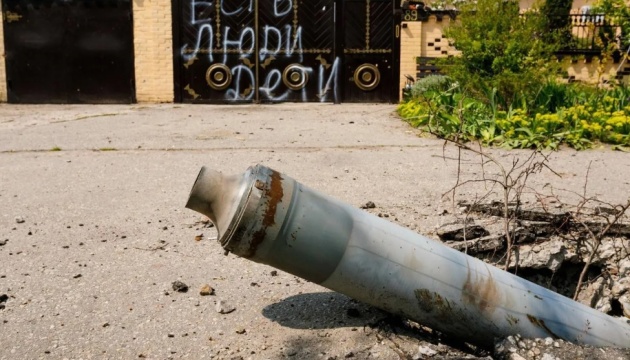 Since the beginning of the full-scale invasion, more than 100 people have been killed in Dergachevskaya hromada in the Kharkiv region as a result of shelling by Russian troops, and more than 200 were injured.

Mayor of Dergachi Vyacheslav Zadorenko announced this on the air of the national telethon, Ukrinform reports.

According to him, the Russians are firing chaotically from heavy weapons, hitting private homes, civilian infrastructure, electricity and gas lines.

See also: The enemy fired rockets at Dergachi in the Kharkiv region, the city was left without electricity

Despite everything, the inhabitants of the community help each other and the Ukrainian army. As Dergachevsky head noted, local men organize the evacuation of residents of shelled settlements. And yet – they get out of the “gray zone” and transfer the ammunition and equipment abandoned by the Russians to the military.

As Ukrinform reported, on June 21, during the shelling of the Dergachev community, an eight-year-old girl died in her own yard.

Over 20,000 soldiers of the Armed Forces of Ukraine received state awards during the four months of the war – President

Before full accession to the EU, Ukraine needs to win and rebuild – Stefanyshina

Before full accession to the EU, Ukraine needs to win and rebuild - Stefanyshina

Before the start of the heating season, each region and city must conduct a stress test