In the Donetsk region, the Russians killed seven civilians, including a child 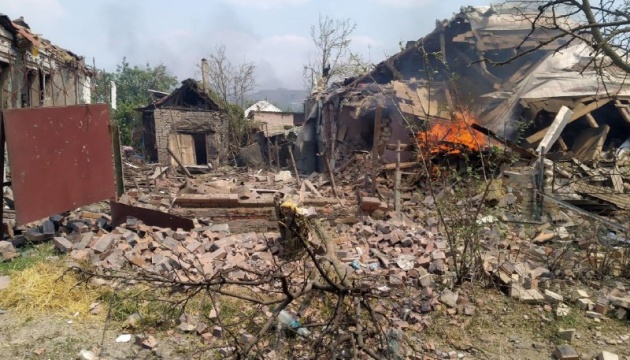 In Donbass, Russian shelling killed seven civilians, including one child.

Wrote about it in Telegram Head of the Donetsk Regional Military Administration Pavlo Kirilenko, Ukrinform reports.

“A hard Sunday in the Donetsk region – rocket attacks and shelling throughout the region. Our largest cities – Kramatorsk and Slavyansk – suffered the most today. Slavyansk was subjected to massive shelling during the day – six people were killed, including a child, 19 were injured. About 40 residential buildings. We are still establishing the entire scale of the damage caused,” Kirilenko wrote.

The invaders fired at Kramatorsk twice from “Tornados”: during the day they damaged the hotel and housing complex, in the evening they broke the road, got into the school and the territory of the kindergarten and clinic. According to preliminary information, one person was injured.

The residential quarter of Avdiyivka and the AKHZ are under fire again. One death is known to be true.

In just a day in the Donetsk region, the Russians killed at least seven civilians, wounded at least 20.

As Ukrinform reported, after heavy fighting for the city of Lysychansk, Luhansk region, the Armed Forces of Ukraine were forced to withdraw from their positions and lines.

Zelensky during a meeting with the President of the IOC: The war was a blow to Ukrainian sports

Zhovkva at a meeting with Trudeau adviser: Ukraine needs more weapons for a counteroffensive

Zelensky during a meeting with the President of the IOC: The war was a blow to Ukrainian sports

Bodies of another 25 dead soldiers returned to Ukraine

The volcanic islands of Hawaii shown from space

The Russian Federation needs not negotiations, but an operational pause – Podolyak