Hungary can accept about 300 wounded Ukrainian children for treatment 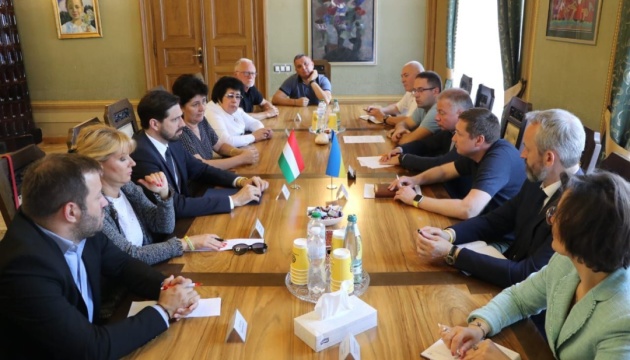 Hungary can now accept wounded Ukrainian children and soldiers for treatment, and students who are forced to leave their studies in Ukraine will be offered scholarships.

This was reported in Telegrams Head of the Lviv Regional Military Administration Maxim Kozitsky after meeting with the Hungarian delegation in Lviv, Ukrinform reports.

“I met with the Hungarian delegation, headed by the Secretary of State and Deputy Minister of Foreign Economy and Foreign Affairs of Hungary, Levente Moder. During the meeting, Mr. Moder noted that now Hungary can accept about 300 wounded Ukrainian children for treatment, and also wants to continue the medical program for the military , which began in 2014. For Ukrainian students who are forced to leave their studies, Hungarian scholarships can be offered,” the head of the OVA wrote.

See also: In Transcarpathia, they agreed with the Hungarians on transit corridors for Ukrainian grain

Kozitsky during the meeting also noted that the Lviv region needs finance to repair enough housing to relocate people from temporary shelters there.

According to the head of the OVA, Hungary received about a million refugees from Ukraine.

As reported, recently the head of the Transcarpathian OVA, Viktor Mikita, held a working meeting with the Minister of Agrarian Policy of Hungary to agree on transit corridors of Ukrainian grain through Transcarpathia and Hungary.

In Mariupol, the invaders deprived the Ukrainians of the rights to real estate

Ukraine is eighth after five days of Multisport Euro 2022

In Crimea, they hit the military unit of the occupiers – Chubarov

Pentagon: Russia has launched up to 12 hypersonic missiles in Ukraine since the beginning of the war

The Red Cross registers the Ukrainian military who left Azovstal