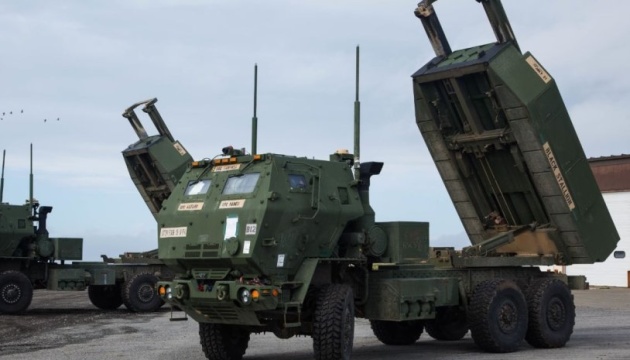 The United States is making efforts to transfer weapons and equipment, including HIMARS systems, from the latest defense assistance package announced last week to Ukraine as soon as possible.

The Pentagon announced this following a telephone conversation between the defense ministers of Ukraine and the United States, an Ukrinform correspondent reports.

It is noted that the interlocutors discussed the results of the recent meeting of the Contact Group on Defense Issues of Ukraine (the so-called Ramstein-4), as well as ongoing security assistance to our country, including the recent US commitment to provide HIMARS systems.

Lloyd Austin assured Oleksiy Reznikov that “the United States is committed to delivering equipment to Ukraine as soon as possible.”

During the talks, it was also agreed to maintain close coordination.

See also: Ukraine needs defense support in the next 3-6 weeks – the head of the committee in the US Congress

As Ukrinform reported, last Friday the US presidential administration announced on the allocation of a new aid package, including $175 million from the presidential powers fund and about another $95 million for the purchase of weapons. Four additional HIMARS multiple launch rocket systems, 580 Phoenix Ghost unmanned aerial vehicles, 36,000 ammunition and other equipment and equipment will be transferred to Ukraine with these funds.

The head of state awarded 198 defenders of Ukraine

In the Kherson region, the Russians stole a family doctor

The head of state awarded 198 defenders of Ukraine

20 types of amino acids found on samples from asteroid Ryugu