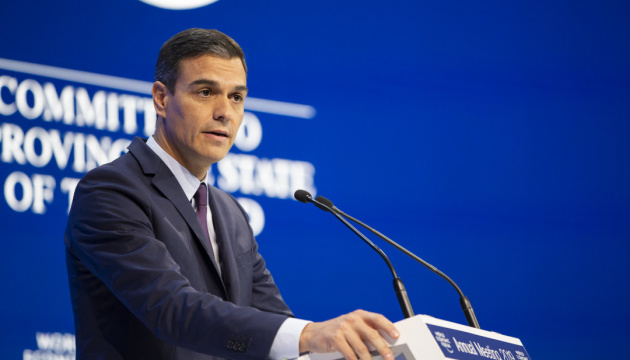 Spanish Prime Minister Pedro Sanchez, who was on a working visit to Serbia, urgently leaves the country’s capital, Belgrade.

He noted that, despite the fact that, according to the schedule, Pedro Sanchez was supposed to fly out of Serbia only tomorrow, he is leaving the city now.

Also, a video appeared on the network, where the Kosovo special forces continue to arrive at the border with Serbia.

Read also: Serbia and Kosovo must refrain from actions that could provoke violence – MFA

As reported, the Serbs in the north Kosovo on Sunday, trucks blocked the main road near the Yarinje border crossing point. A blockade is also reported on the Pristina-Raska road.

The Kosovo police announced that due to the blockade, the border crossings of Jarinje and Brnjak are closed. People use alternative routes.

On Sunday, the invaders shelled the border of Sumy region seven times

Almost 400,000 Ukrainians from the occupied territories “passed” through Zaporizhzhia – OVA

Almost 400,000 Ukrainians from the occupied territories "passed" through Zaporizhzhia - OVA

Shmygal offered Rau to organize a meeting of the “Lublin Triangle”

In Russia, the museum-reserve of the famous composer caught fire: half of the exhibits burned (photo)