The President addressed the Russians: You have already lost 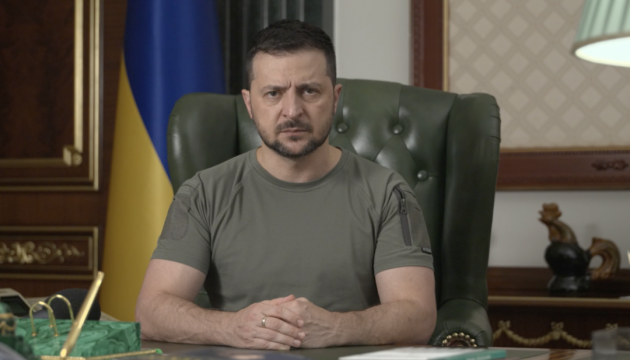 President of Ukraine Volodymyr Zelensky addressed the citizens of the Russian Federation.

According to Ukrinform, during the traditional evening appeals the head of the Ukrainian state said that the Russian Federation had already lost the war.

“Even if you find some other weapon somewhere in the world with the same “natural” name for your “Russian world”, like these Iranian “Shahids”, with which you are trying to bomb our cities, such as, for example, Belaya Tserkov… It won’t help you anyway. You have already lost. We lost because even now, on the 224th day of a full-scale war, you have to explain to your society why all this is needed: this war, false mobilization and self-destruction of all the prospects of your people,” the President of Ukraine said.

Zelensky emphasized that when people feel they are right and are on their land, they do not need obsessive lectures on “alternative history” and political information sessions every day, either at a meeting with teachers or at a meeting on the progress of seasonal field work.

He noted that the Ukrainians know what they are fighting for. At the same time, more and more citizens of Russia are realizing that they must die simply because one person does not want to end the war.

Dorj Batu: “Fighting Buryats” have nothing to do with Buryatia, they are Russians