The President thanked the soldiers of the Air Force of the Armed Forces of Ukraine, who shot down six kamikaze drones last night 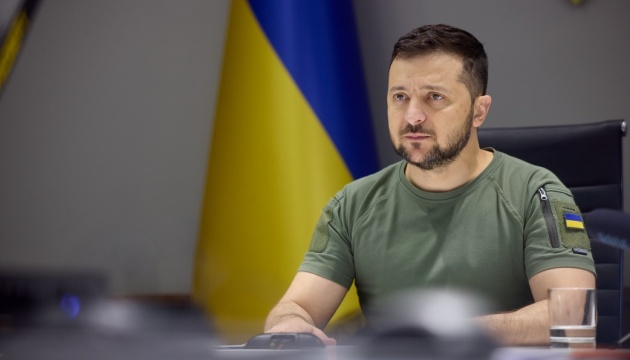 President of Ukraine Volodymyr Zelensky thanked the anti-aircraft gunners of the 302nd Kharkiv anti-aircraft missile regiment and fighter pilots from the 204th Sevastopol tactical aviation brigade, who shot down six Iranian-made drones on the night of October 5.

He expressed his gratitude during the evening video messagesaccording to an Ukrinform correspondent.

“I would like to commend the soldiers of our Air Force, who today (October 5 – ed.) managed to shoot down six Iranian-made drones that the invaders tried to use against our cities,” the President noted.

“I thank you for your accuracy, guys!”, he stressed.

See also: Attack of kamikaze drones: they are asked to report sounds similar to a moped or a chainsaw to “102”

As reported, on the night of October 5, Russian troops attacked Ukraine from the south. drones-kamikaze. Six out of about 12 drones were shot down.

Lubinets about torture in Kharkiv region: The world should create a tribunal for Russians

Lubinets about torture in Kharkiv region: The world should create a tribunal for Russians

Fatal accident with children in the Kiev region: the police showed footage from the scene of the tragedy